Six Ways to Believe in the Resurrection 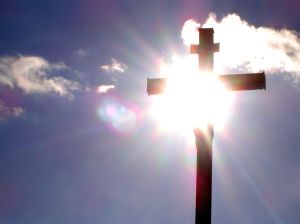 Some sermons I dislike more than others. One of them gets preached periodically at Easter (not in my present parish, I hasten to add). It is based on the story of Thomas, and it goes like something this. “Maybe you consider yourself a doubter. Well, so was Thomas in today’s reading. And clearly, Jesus accepted him, loved him, and solved his doubts. In the same way, Jesus accepts us too with all our doubts. For us, however, unlike Thomas, we don’t get to touch Jesus’ hands. Jesus says that, in our case, we must just believe. But he does then promise a blessing for folks like us who ‘do not see and yet believe’.”

I don’t know how you feel about that sermon, but the reason I dislike it is that, to be honest, it seems a bit of a rip-off. Personally, I’d be willing to give up 10% of the blessing for 10% more certainty.

I remember once doing a debate with a philosophy professor in Montreal. In the course of the debate, I said something about Jesus coming back from death, and he immediately shot back, “Sure Jesus is alive. You mean like Elvis?” So is that what the resurrection means? A combination of wishful thinking, sentimentality and superstition, on a level with thinking that Elvis is alive?

Let me offer you six ways I have come across for thinking about the resurrection which might be more helpful than simply being told to “believe anyway”:

1. The first is what I would call the historical approach. By that I mean that it seems to work for some people to consider the historical evidence for the resurrection. My wife became a Christian at university, under the influence of some friends who had themselves recently come to faith in Jesus, and they gave her books on this subject. Her conclusion, like that of many others who have followed that route, was that Jesus must indeed have risen from the dead, and that therefore she should follow him.

The Bishop of Durham in England, Tom Wright, has written an 800-page book on the resurrection, Jesus and the Victory of God. He points out that, at the time of Jesus, there were dozens of so-called “Messiahs” around, and not a few of them ended up getting crucified. However, in all cases but one, once that happened, that was the end of the messianic movement. But in the case of Jesus, the opposite happened: the movement he started, instead of dying, grew until it reached the whole world. Something must have happened: but what was it? That’s the question. (The authors of books such as The Jesus Family Tomb don’t seem to have considered this.) The resurrection, impossible though it may seem, makes perfect sense.

Now, of course, this is not the only way to approach the resurrection. If it were, the church would be full of historians. But I don’t need to tell you there are historians who don’t believe, and non-historians who do believe, though for other reasons. But this still seems to be a helpful avenue for some.

2. Then there are some people say, Hey, I don’t have a problem with the resurrection. It happens all the time. Look at the spring: trees and followers which seemed to be dead a few days before come to life, butterflies burst out of apparently lifeless chrysalises. There’s resurrection for you. No problem.

Now, I confess this approach doesn’t work for me. It seems to me there is a world of difference between a seed that appears to be dead and a person who is actually dead. And seeds “come to life” millions of times every day, yet there is only one recorded instance of a human resurrection. So I don’t think it’s a fair comparison.

At the same time, you might point out that it is the same God who is behind the spring and the resurrection; and Jesus did say his death would be like a seed falling into the ground to die and then bearing fruit. So there is a kind of (what can we call it?) artistic style in the spring and the resurrection which is similar. So maybe this is an approach which will work for you.

So for this approach to work, the question is: Is there a God and, if so, what is this God like, and what does this God think about Jesus?

4. Other people are helped by listening to people’s stories when they say that the living Jesus has had an effect on their lives. Three examples spring to mind:

* One friend of mine is a librarian and historian, and not the sort of person we generally think of as (what shall we say?) given to mindless religious fanaticism. Yet he says in a firm, matter-of-fact kind of way, that Jesus changed his life.

* Another friend who grew up Jewish had a vision of the risen Jesus, and became a Christian. He is now an army chaplain, and recently served a term in Afghanistan. Again, not someone you would exactly identify with religious hysteria.

* A third friend is a criminal lawyer (not a group known for their gullibility) whose son was miraculously healed a few years ago in answer to prayer. The local newspaper wanted to write an article about it, with the headline. “God healed my son” but my friend said, No, I want the headline to say, “Jesus healed my son.”

And there are so many stories like this. The question is: do these stories ring true? I remember a sermon (one I did like) on Newton’s second law of motion, which (if I remember rightly) says that a body moving in a particular direction will only change direction if a force from outside, moving in a different direction, impacts it. That’s what these people are saying: my life was going in one direction, then it changed direction, and I believe that the “outside force” was that of Jesus. So what do we make of all this? For some, that’s a fruitful approach to thinking about the resurrection.

5. If the historical question appeals to the mind, this one appeals to the imagination. Some people find it helpful to do a thought experiment: not so much looking into the tomb to see if we can figure out what’s there (or not); but rather standing at the door of the tomb and looking out at the world. How does the world look different if Jesus did rise? How would my life look different today? This week? How would death look different if Jesus did rise? Would it make more sense or less? Try it and see what happens.

Bishop John Spong once said, “My daughter-in-law is a scientist. How can she possibly believe in a physical resurrection?” To which Bishop William Willimon replies, “Has she really that little imagination?” Imagination is not against reason: but it can illuminate reason.

6. My last suggestion is this. A friend in Ottawa is a senior civil servant. For years he went to church with his wife because she believed and he wanted be supportive. But he didn’t have what he considered the necessary feelings to call himself a Christian. Then a mutual friend said, “Dave, faith isn’t a matter of feelings. It’s a matter of choice. You choose to believe.” Dave isn’t particularly into “getting in touch with his feelings” anyway, but the idea of choice is something that makes sense to him. So he chose to believe, and his life changed. And maybe that is the approach that will work for you.

Most people, however, don’t believe in the resurrection because of any single thing. Maybe that’s true for all the most important things we believe in. After all, if I ask you why you think Canada is a great country, you would probably give me lots of answers: the Rockies, the CBC, Shania Twain, the Maple Leafs (well, maybe not the last). And all of our answers would be true because it’s such a big part of us. So with the resurrection: it may be any combination of these six approaches (or of any others, of course) that helps you.

It may be that you say, “Well, I still can’t believe.” Personally, I am encouraged that the first disciples also had a hard time believing, and yet they were still considered true disciples. After all, when Jesus first told them he would die and rise again, they basically told him, “Jesus, that’s really not a smart idea.” They just didn’t get it. And even after forty days of appearances after the resurrection, as he was about to return to heaven, Luke tells us “and some doubted.” These were the diehard doubters, far moreso than Thomas. And yet they are still called disciples.

Maybe our problem is that we think of believing as a thing that happens in our minds. But John’s Gospel uses the word “believe” more or less as the equivalent of “follow”. So in Matthew, Mark and Luke, Jesus says, “Follow me”, whereas in John he says, “Believe in me.” In other words, for John, “believing” like “following” is something you do with your feet and your hands and your heart in the first place: the head figures things out afterwards.

And I’m encouraged by the fact that Jesus, like the good teacher he is, is patient with doubters, not just with Thomas but with those who doubted at his ascension–and with us too. My hunch is that we will always have doubts. In fact, doubts are good for us, because they help separate the wheat from the chaff in what we believe. We don’t get extra brownie points from God for believing without question.

The thing to do with our doubts and questions is to do what those first disciples did, to bring them to Jesus, and to say, Lord, I don’t know whether I believe, I don’t know what I believe, but I do want to learn to follow you, and I’m open to learning if you’re open to teaching. And you know what? He is. And as John’s Gospel promises, as we learn and follow, we will figure out what to believe and find “life in his name.”