A Fresh Expression of Amnesia 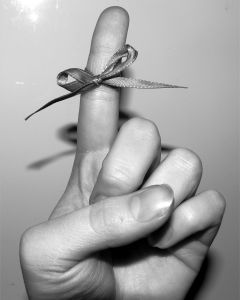 If we are to become a church shaped by and for God’s mission in this world, the last thing we need is a fresh expression of amnesia. 233 variations of the word “remember” appear in Old and New Testaments. As poet and philosopher George Santayana has it, “Those who cannot remember the past are condemned to repeat it.” So as we immerse ourselves in talk of being sensitive to the multiplicity of different contexts and cultures around us in Canada, and of the need to connect appropriately with those contexts and cultures, it is salutary to be reminded that we haven’t always thought, much less acted, in this way.

The tradition goes back at least as far as Peter the apostle and the interior struggle that ensued when God presented him first with a triple vision on a rooftop in Joppa, followed closely by the very human invitation to enter the home of a Roman. The Council of Jerusalem described in Acts 15 similarly struggled with questions of what some would call contextualisation. Should we impose our way of worshipping and following Jesus on another culture, or should we help that culture develop its own response to the God who Jesus Christ reveals?

In the clash between the Celtic church and Rome in seventh century Britain over such world-shatteringly important matters as the “right” haircut for Christians and the ”right” time to celebrate the Resurrection, we see the very human tendency to try to impose “our” way (which to us is obviously the right way) on those with whom we come into contact. Of course, the tendency is made worse when we find ourselves part of a dominant and powerful group which has the ability to enforce “our way” of doing things on others.

At the same time, there has also been a recognition that God has a different view of diverse cultural expression. The miracle on the day of Pentecost was not so much that visitors to Jerusalem from throughout the Mediterranean world suddenly became able to understand Aramaic, spoken with a decidedly Galilean accent, but that these visitors had the “mighty works of God” proclaimed to them in their own native languages by people who were previously unable to speak (or presumably understand) those languages. For some strange reason, God appears to accommodate himself to different tribes, tongues and nations.

Thomas Cranmer picked up on this theme in the sixteenth century with the move in public worship from Latin into a tongue “understanded of the people.”[1] Unfortunately, many Anglicans since Cranmer seem to have forgotten this principle, and instead we have often imposed a foreign language and culture on people to whom we went bearing the gospel of Jesus Christ. (A particularly Canadian example of this would be the Residential Schools, many of which were church-run). At the same time this attitude has sometimes led to the trivialising, belittling and dismissing of forms of worship developed by the “receiving” group in their own language and culture.

A notable exception to this attitude is Robert McDonald, the nineteenth century missionary, and translator, of the Yukon:

McDonald travelled extensively, visiting native camps throughout the area. He had a natural empathy and respect for their culture and concerned himself with teaching them to read in their own language so they would have access to the teachings of the Bible during his absences. Two years after his arrival at Fort Yukon, he baptized the first Gwitch’in converts. Over the course of his 42 years in the North, he baptized 2,000 adults and children.[2]

The confluence of First Nations people with the Christian faith has produced some distinctively First Nations expressions of the faith. One example is the continuing American Indian hymn sing tradition, in which people gather towards dusk for a communal meal, followed by story telling and hymn singing which could continue far into the night. Bishop Mark McDonald tells us these have often been looked at by some white Christian leaders as being inferior or inappropriate expressions. This propensity to judge one cultural expression of Christianity by the standards and through the lens of another is a danger that will need to be avoided if fresh expressions of church in all cultures and contexts are to flourish and to receive the respect which they deserve.

The apostle Paul offers us this model for a different way of proceeding.

Think of yourselves the way Christ Jesus thought of himself. He had equal status with God but didn’t think so much of himself that he had to cling to the advantages of that status no matter what. Not at all. When the time came, he set aside the privileges of deity and took on the status of a slave, became human! Having become human, he stayed human. It was an incredibly humbling process.[3]

We are being offered the exciting opportunity of engaging with God’s mission in a post Christendom context, but this will only be realized fully if we have the courage to face the mistakes of the past, taking appropriate responsibility for them, and taking great care not to repeat them.

[1] Article 24 of the Church of England [2] http://www.virtualmuseum.ca/Exhibitions/BishopStringer/english/mission-mcdonald.html [3] Philippians 2:5-7 (The Message)