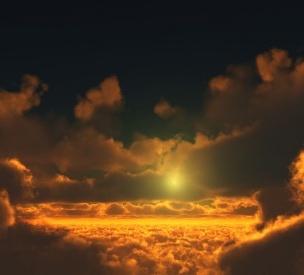 Where do we find significance in a life of ordained ministry? One church-planter made an important discovery.

There is a heroic sense of purpose and urgency that comes with the idea of inaugurating a new church.

At least that’s how I felt in 2005—but by 2013 the feeling had painfully worn off. The mission of a new start in a new territory had been taken hostage by a new inability to see the future. Afflicted by a deep sense of loss, I found it unbearable to think of myself apart from what I had helped start.

Even after our bags were packed for the next ministry appointment, I had doubts about the legitimacy of pastoral work in a traditional setting. I was certain that I had sold my soul to the many grade givers, as Henri Nouwen once said,[1] and in turn disappointed the people that I loved most.

There was a time when I knew where we had to go. With great precision and great people, we confidently navigated the first steps of a new church. It was not easy, but we felt invincible. Each move felt more obvious than the last as all the pieces wonderfully fell into place.

The proof, in our minds, was in the stories that we were collecting along the way. Like the time where the majority of keys to our building belonged to people who were not part of our worshipping community, but part of our neighbourhood. Or the time that it took six years for a woman to trust us enough to allow us into her life. The list only grew from there. There’s the story about Baby Basket, the one about the Booty Call, the one about the Art Festival, and the one about The Business. For the outsider, these words and stories mean nothing, but for us they were code for “God is at work,” and by them I felt as though I could see the future.

Until I couldn’t anymore.

By 2012, dark clouds began to roll into my soul, causing a fog so thick that I could no longer see what was ahead. This would later lead to a sabbatical that began with a sense of pride (Yes! They can do this without me!) that quickly turned into a panic (Oh no! They can do this without me!). As I spent those three months stumbling in the dark, I kept asking God to renew my sense of passion for the church plant, but it never came.

I hassled the Holy Spirit for a new sense of direction, but that too never materialized. There were plenty of voices prescribing what I should do, but they only contributed to the poor visibility. And as I toyed with the possibilities and options before me, I kept coming back to what I would later recognize as my greatest fear: that I was about to run out of good stories. Whether I persisted in the dark, or sought sunnier pastures, I feared that my courage had expired and, because of that, I could no longer see the future.

Months would pass, during which I transitioned from being a bi-vocational pastor to being a volunteer pastor, to being once again a full time pastor—only this time at a different church, in a different province.

This new position had everything I had felt missing including stability, opportunity, and the challenge to help fix something that was broken. On paper, this was a perfect match, and there was a strong sense from my peers and mentors that this would be a healthy move for our family.

But even before we were fully unpacked, it started all over again. Despite the fact that I felt very good, that work felt meaningful again, and that I was meeting new people I believed I could grow to love, there was this aching sense that my transition into an established, traditional setting was an illegitimate one. It was too easy and too good. Church planting was virtuous and self-sacrificing work, but this steady gig was a sign that I had truly given up on doing anything significant with my life. It may sound over-dramatic, but it really felt that way.

More old stories then came back to haunt me. Like the time we couldn’t afford to keep the heat on in the church building during the week, so we had to wear coats and hats while we worked. Or the year our combined household income was $26,000—that is, one thousand dollars less then I made alone at my first full-time job. Or the time the church emptied its bank account to pay for dentures for a man who had lost his teeth and his job. This was important work! This was front line ministry! This is where I needed to be.

Weeks later, by way of a trusted friend, I finally heard what I had known to be true all along: this isn’t about my performance. I don’t need to prove my worth or justify my work. I don’t need to manufacture reasons or re-phrase excuses as to why things have changed. There is something of greater importance than what I can produce. Author and Episcopal priest Robert Capon puts it best by saying:

The will of God now becomes not the orders of a superior directing what a subordinate must do, but the longing of a lover for what the beloved is. It is a desire, not for a performance, but for a person; a wish not that the beloved will be obedient, but that she will be herself—the self that is already loved to distraction. The will of God, seen this way, is not in order to something, but because of Someone.[2]

Today things are a little less foggy. I recognize that I am an accomplice in my own demise, dulling my awareness with distractions of every kind while feeding my appetite for good with the junk food of accomplishment. Yet all the while the Lover reminds me that I am his Beloved not for any other reason than the fact that he has willed it.

Joe was one of the two plenary speakers at the Vital Church Planting conference this year.

View all posts by Joe