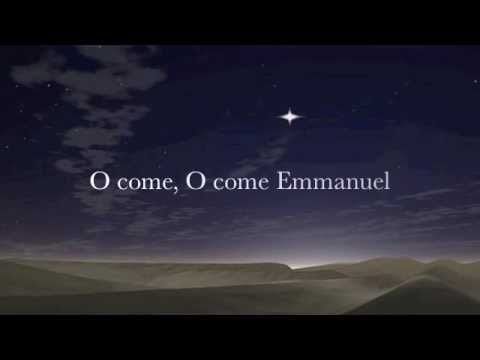 How an ancient liturgical custom prepares us for Christmas—and for evangelism.

I was on sabbatical recently. Well, OK, not a real sabbatical. It was only four hours long. It was actually a “Brown Bag Sabbatical,” one of the innovative programs being offered by Wycliffe Serves!–the new department I direct at the college.[i] But that mini-sabbath served the same purpose as a longer sabbatical: refreshment, fresh ideas and (as of this moment) writing.

The day was led by Sister Constance Joanna from the Sisters of St John the Divine in Willowdale, in the north of Toronto, and she introduced us to the “O antiphons.” That may be an unfamiliar term, but if you have ever sung “O come, O come, Emmanuel” at this time of year, you are in fact already familiar with the O antiphons, since the hymn is based directly on them. The O antiphons probably came into being in monasteries of the early church and were used widely by the eighth century, as a way of preparing for Christmas. An antiphon is the short piece of choral music sung immediately before and after each psalm and canticle, often a single sentence, to introduce and then to reinforce the theme of the psalm. The O antiphons were just such pieces, one for each of the seven days leading up to Christmas Day, and sung at evening prayer before and after the Magnificat, Mary’s hymn of thanksgiving in Luke 1. And the “O”? Quite simple, really: each one begins with an “O.”

So why is this more than an obscure piece of liturgical trivia, useless in our more streamlined world? And how on earth might it have anything to do with evangelism?

Listen first to what the antiphons say:

The O’s speak of Jesus

First, each antiphon focuses on a characteristic of Jesus Christ: he is Wisdom, he is Lord, he is Branch of Jesse, he is the Key of David, he is the Morning Star, and he is Emmanuel.

Evangelism, whether in conversation or in preaching, is not in the first place about trying to prove the existence of God, or wrestling with the problem of evil. In the first place, it is helping people see what Jesus is like. And this is what he is like.

One Muslim convert to Christianity saw the implications of this, perhaps more clearly than long-term Christians do, when he said, “I am a Christian for one reason alone—the absolute worshipability of Jesus Christ. By that word, I mean that I have found no other being in the universe who compels my adoration as he has done.”[ii]

The Jesus of the O antiphons is supremely worshipable. Our brown bag meditation on the O’s reminded me of this truth.

The O’s remind us of the whole story

Second, the whole of the Christian story is told in the O antiphons. They begin with Jesus as Wisdom, the agency of creation (Proverbs 8:22-31). The next three speak of God’s calling of the people of Israel. He is their Lord, who called them, sought to teach them the law, and set them free from captivity. Then Jesus is the “branch of Jesse,” a king descended from David and destined to rule over the world in righteousness. And this same king is the “key” of David, with power and compassion able to set the captives free.

The last three speak of Jesus more directly. He is the Morning Star, the first sign of the dawning of God’s new creation. He is King of the nations, in submission to whose rule is found world peace. And finally—the climax of the seven—Jesus is Emmanuel, God with us.

These days, we often speak of “the Christian story” instead of “the Christian faith.” And conversion is not so much “accepting the faith” as “allowing God to work my story into his Big Story.” It’s a very useful metaphor.

But what is that Big Story? The O’s remind us: it is a story of a good world gone wrong, the story of a creator who takes upon his shoulders the responsibility of putting things right—even at the cost of his own life. God’s story is about the Spirit of Jesus at work in the world, drawing men and women together into a new community of apprentices who work with God towards the renewal of all things. And it is a story with the ultimate happy ending, when all wrongs are put right, God brings down the curtain on this story, and a new one opens.

Evangelism is not talking about the forgiveness of sins, or discovering meaning in life, or finding hope beyond the grave, in isolation from the telling of the whole story. Sin only makes sense if this is God’s good world which we have messed up. Meaning in life can’t be divorced from the purposes of God in the world. And the resurrection is not just a guarantee of life after death, but the turning point in God’s bringing about a whole new creation. The O antiphons remind us of this big picture.

The O’s and the logic of prayer

Finally, the O antiphons speak of prayer. Each one begins with “O,” but each one includes a “come”: come and teach us how to live; come with outstretched arm and ransom us; come set us free and delay no more; come and free the captives from prison; come and enlighten all who dwell in darkness and in the shadow of death; come and save the creature you fashioned from clay; come and save us, Lord our God.

I confess that, when I teach about evangelism, I don’t say enough about prayer. But my hunch is that most people don’t come to faith unless someone is praying for them. And what is conversion to Christ except learning to pray: Lord, please accept me; Lord, forgive me; Lord, take my life. The O’s remind me that once I realise who Jesus is, I cannot help but see my neediness—and that in turn leads me to prayer.

I have a fancy definition of evangelism that I teach to students. But someone recently suggested a much simpler one: “evangelism is overflow.” And that’s right. Overflow of awareness of the majesty of Jesus Christ. Overflow of wonder at the big story that the love of God is writing about this world. And overflow of prayer, both praise and petition, to this same God made known to us in Jesus Christ. They’re all there, in the O antiphons of Advent.

[i] For details of Brown Bag Sabbaticals and other Wycliffe Serves! programs, see wycliffeserves.ca.