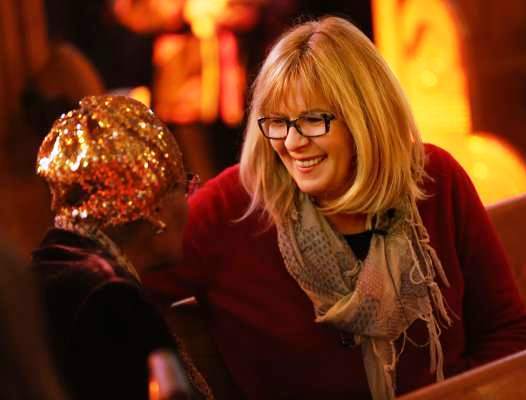 Tithing means church members giving to the church—right? But what if it meant a church giving back to its church members? Here is one church’s story of doing just that.

We did not have to squint or wear spectacles to sight this top-of-the-front-page headline on Christmas-past:“Tithing in Reverse” (Chicago Tribune). If something in the world is going the wrong way, putting or viewing it in reverse can be a good option. This story was an instance. It told the story of a place called LaSalle Street Church, a non-denominational congregation in Chicago, and its pastor, the Rev. Laura Truax.

“Tithing in reverse?” Tithing, for the old-time scripture writers, means bringing a portion of one’s income to the Lord’s house for the Lord’s purposes. “In reverse” would mean taking money from the Lord’s house out into…? As Chicago Tribune writer Manya Brachear Pashman tells it, four of Chicago’s Protestant congregations recently shared a $1.6 million windfall. That, by itself, is a story “in reverse.” How often do churches get windfalls?

However, rather than sit back and count the money, Truax and, one presumes, LaSalle Church leaders, handed out $500 checks to hundreds of church members, “no strings attached.” No, this was not a case of “the Prosperity Gospel” paying off.

No strings attached? Worshipers could pocket the money or invest it or give it to cherished causes and persons in need. No one needs three guesses to learn what happened to most “tithing in reverse” funds. The newspaper allocated two pages to stories of people who put their tithe-in-reverse to creative uses, but theirs is another story.

Truax is not Santa Claus nor an accountant but a preacher, so she preached a bit when Pashman interviewed her. Of course, Judaism and other faiths also have possibilities for reverses in understandings, but this week we listen to Truax’s application: “The birth of Jesus was the most generous act of humankind. In the Christian interpretation, God trusted his son to Joseph, a carpenter and trusted Mary to be a good mother.”

And now? “Members [of Lasalle Street Church] have put their $500 gifts toward a skate park in Amman, Jordan, a scholarship fund for engineering students, an eyeglass ministry, a no-kill animal shelter, food pantries, homeless shelters and struggling family members.” And to reverse the reverse, “A few endorsed their checks right back to the church.”

“Tithing in reverse” would appeal to anyone who favors the “topsy-turvy” theology that is at the heart of Christmas and all the other days among Christian worshipers. Theologians or philosophers like Paul Ricoeur argue that one will never understand a parable of Jesus unless one catches the idea that everything in all of them is “topsy-turvy.”

In a world where so much is wrong, we note actions or hear stories in which much is righted when seen “in reverse” or turned upside down. We could not let the season pass without focusing on one story of the season’s meaning. Since it occurred locally, with its setting and cast and character and author familiar to us, it was a natural. Sightings could also have compiled a plethora of news and feature clips from around the world, but one sermon is enough for the end-of-year week.

Back to the headline: why else feature this story in Sightings? Its presence here is one counter-indicator against most religion coverage in a world where so often the religious and their institutions make news because of failures, corruptions, declines, and death-dealing.

Pastor Truax and our LaSalle Street neighbors model the alternative ways of generosity, hospitality, and imagination. As the weeks go by, we’ll see and report on plenty of things that feature reverses—and some reverses of reverses.

Martin E. Marty, is the Fairfax M. Cone Distinguished Service Professor Emeritus of the History of Modern Christianity at the University of Chicago Divinity School. His biography, publications, and contact information can be found at www.memarty.com.

This article is reproduced with kind permission from Sightings, a weekly article from the Martin Marty Center for the Advanced Study of Religion in the University of Chicago Divinity School.

Martin E. Marty, is the Fairfax M. Cone Distinguished Service Professor Emeritus of the History of Modern Christianity at the University of Chicago Divinity School. His biography, publications, and contact information can be found at www.memarty.com.