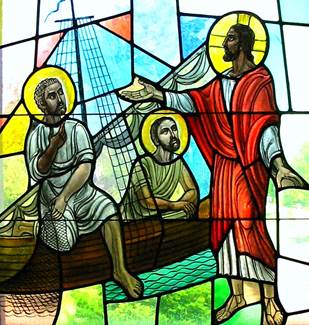 What if people’s first encounter with vital faith is not through an invitation to church or through hearing the spoken word—but through getting involved with Christians engaged in Christ’s mission in the world?

Jesus said that if we’ve received a lot, he will expect a lot of us. I know I have received much, but I am not as confident that I have delivered the same—yet.

Among the many privileges of growing up in a rich evangelical heritage, I have been trained to share my faith through initiatives such as Evangelism Explosion, Steps to Peace with God, The Four Spiritual Laws, Alpha, Contagious Christian . . . and others I can’t even remember.

Yet I fell into the rut of presenting the good news of Christ as a program, and inviting people to church. This led to a form of Christianity that was more about religion and ritual than about identity, character and witness. Because of this, I had taught the people of our church to invite their neighbours to church (meaning the weekend gathering), instead of helping them to see the reality of a new Kingdom and to meet its King.

But that is changing.

Many changes in the Canadian context over past generations have resulted in the cultural dislocation of the church. No longer at the center of a single worldview, the church now resides at the margins as one among many perspectives. This offers us the opportunity to reimagine what it means to “proclaim the gospel.” Within the last generation, the number of spiritual enquirers who will seek answers at a church has dropped from 50% to 10%.[1]

While preaching recently from John’s Gospel, I saw what should have been obvious. When Andrew, one of John the Baptist’s disciples, met Jesus, he ran and told his brother Simon Peter that he had met the one they had all been waiting for. “Come and see,” he says. In other words, “I think I have met the one we have all been looking for.” John comments, “And he brought him to Jesus.”

Why had I missed it? Evangelism was never meant to be about inviting people to church or getting them to believe a set of spiritual laws or principles. It is and always has been about introducing them to the living reality of the person of Jesus.

But why is that so difficult for so many of us today? Could it be that we ourselves do not really know the one we are inviting people to “come and see” and so find it easier to get people to follow a lot of “do’s and don’ts”? Or that we are not really witnesses? Imagine me answering a lamppost ad to be a witness to an accident I had not actually seen. The fact that I have a general knowledge of what accidents look like has no bearing on whether I am qualified to be a witness to this specific one. My credibility is dependent on having seen or experienced this accident. Is this not the same with being a Christian?

We are witnesses of Christ when we see him at work in our lives, and know he is alive through our experience with him.

Andrew did not invite Simon to the synagogue or to a class on Jewish law, but to meet a person whom he could experience, and who would make all of the difference. He invited Simon to “come and see” Jesus, who invited them to “come and see” what life was like when lived his way. He was inviting them, not to become religious, but to explore a new way of living. He was inviting them to be witnesses to the difference he would make in their lives—first and foremost around issues of their identity.

But there is more. When they had seen Jesus and begun to see life as he lived it, Jesus said, “Follow me.” This was more than the original invitation to get a glimpse: it now involved making a decision. Every young Jewish boy wanted to follow a rabbi, and Jesus invited these twelve to model their lives after his teaching and his example. He invited them into his school to learn about living life to the fullest. Not only did this confirm their identity in him, but now he began to shape their character (the way they lived) around principles of his Kingdom. They would become children of God, who lived in obedience to all that the Father instructed.

As we look at the methods of the church over past generations, not only do we see programs designed to get people to church or to believe certain propositions, but we have also shaped our teaching to get them to follow certain rules. And most of our neighbours see that more clearly than we do. But today we have the opportunity not only to reimagine introducing our friends to Jesus (instead of inviting them to church), but to see them live life to the fullest by modeling their lives after Jesus, instead of following a set of rules.

The amazing story in Luke 5 highlights the conversion of Peter’s vocation. This tired and weary fisherman listens to a carpenter instruct him to drop his nets in the lake at noon. Even though this mission made little sense, Simon caught more fish than he ever had before.

It is at this point that Jesus tells him he has something much greater in mind than even what Simon has seen today. Jesus will make him a fisher of people, and not just of fish. Voila! Change of vocation. No longer will Peter see his primary vocation as fishing for fish (although he certainly could have remained in this job) but participating with Christ in fishing for people. In other words, Christ invites Simon to join him on his mission. His vocation is now joining Christ in proclaiming the reality of a new Kingdom and introducing others to the King.

I have seen this in numerous people through the life of our church. Take Randy, for
example. He thought he would never darken the doors of a church building. A number of his friends were involved in a Mission Group from our church who were helping a lower income apartment complex to do life a little differently. They painted, gardened, and worked hard at sprucing up the place. They brought food into the complex and held a banquet for the people, many of whom could never afford to go out for a nice meal. They found many ways to make a difference. Randy noticed—and he participated. He had a huge heart and wanted to make a difference, so he began to join in with his friends who were doing these good deeds.

Before long, Randy was not only helping serve this apartment complex, but was socially involved with the entire group. He began to participate in other events when the group would get together to do life well. He began to notice that some of his behaviours and patterns began to change and be shaped by the life of the group as well. It took a while longer, but eventually this belonging to the group, and then behaving like the group, led to him being introduced to Jesus, and making a decision to follow him. Now it made sense to Randy that the group was not just doing good deeds for good deeds’ sake, but rather that they had seen their vocation as having changed.

There is no difference between being a disciple of Christ, and learning that we are sent as missionaries (those who participate with Christ on his mission) into the very neighbourhoods where we live. If we claim to be followers of Jesus, surely it means that we have been introduced to him, and that we have decided to model our lives after his, and have come to see that our vocation is that of joining Christ on mission, both in the places where we live, and the places where we work.

Cam Roxburgh is the National Director for Forge Canada as well as the Team Leader of Southside Community Church in Vancouver, BC. He also serves as the VP for Missional Initiatives with the North American Baptists. He continues to have a passion for helping the church to join Jesus on mission in local contexts. He is the husband of one wife (Shelley) and the father of four kids. They live in Surrey, BC.