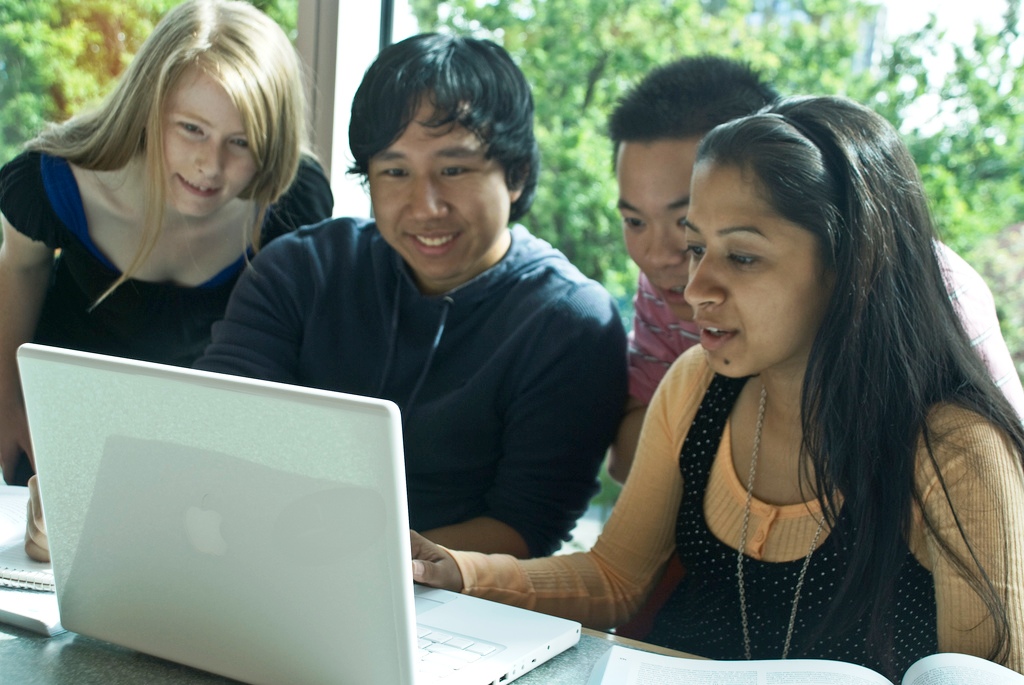 Some people just seem to be natural evangelists. They talk about faith freely and people respond with equal freedom. Some of them don’t know they’re evangelists, and would deny it vehemently. Personally, I try not to tell them. My philosophy is: just let them get on with it, and don’t mess with their heads. Worst case scenario: they read books about evangelism, take courses on it, learn “strategies” and “techniques,” and end up quite ineffective. Why waste such a valuable and rare resource?

Other natural evangelists are OK with the word, but don’t seem inhibited or pretentious about it. I remember one friend (an Anglican priest, as it happens) who was being interviewed by a police officer about a crime he had witnessed. Early on in the conversation, the officer asked, “And what do you do for a living, sir?” To which Roger replied, “I’m an evangelist. Do you know what an evangelist is?” It was an hour later when they finally got to talking about the crime.

Bu what about the rest of us? Is there hope for us? Can we be “trained” to do something that (apparently) doesn’t come naturally? Well, it certainly happens in many other areas of life. Not many of us are born with strong instincts about how to drive a car, after all, but most of us are sufficiently motivated that we manage to learn this “unnatural” skill so that it becomes, well, second nature.

Of course, there is training and then there is training. I sometimes show my students a book called Soul Winning Made Easy, by C. S. Lovett (not to be confused with anyone else with those initials). Lovett is clear that evangelism can be very simply learned if one follows his steps. For example, you can say to your “prospect”:

“If it’s all right with you, I’d like to read you four verses of Scripture and explain them to you . . . That would be okay, wouldn’t it?” (Nod your head affirmatively) Note: Man is a suggestible being . . . . A simple nod of your head has the power to activate your request. He’ll find himself answering you automatically. “Go ahead,” or “Sure.”

There must be a better way, surely? I have struggled with this question because of my classroom teaching of evangelism. Obviously, evangelism cannot be learned simply by classroom lectures and discussion. But on the one hand, I don’t want to send students out onto the streets to buttonhole unsuspecting passers-by with an approach of the “I’d like to read you four verses of Scripture” variety. But it seems equally wrong to say, “Try and make a friend, and by the end of term, share the Gospel with them and see if they become a Christian.” What kind of friendship is that?

This past semester, I found one kind of solution to my dilemma. I handed out to students in my basic evangelism class a four-part study on the Gospel of Luke (one parable, one miracle, the crucifixion, and a resurrection story), and asked them to find a friend who did not profess Christian faith, to see if they would be interested in four weekly discussions on the biography of Jesus, each one to last no more than half an hour. To the students’ amazement, not one met with a refusal.

The experiences they had were varied and eye-opening. More than one commented, “My friend saw things in the passage that I had never seen.” One student who lives in a house with other guys invited one of them to study at the kitchen table, and was taken aback when the others wanted to join in too. Several were surprised when the four sessions were over, and their friend wanted to do more. One friend said it was the first time her religious views had been taken seriously. Most of the studies went well over the half hour. One student reported in class, “I never knew evangelism could be so much fun!”

What made this such a good experience? The students learned that (1) people in general are not averse to this kind of discussion (2) evangelism is a process that takes time (3) it does not require preaching, shouting, manipulation, proof-texting, being an apologetics expert, or even nodding the head (4) the best evangelism is relational—just as the Gospel itself is at its heart relational (5) nothing is better in evangelism than helping people encounter Jesus in the pages of scripture and (6) God gives us joy when we share the Gospel.

Of course, there are few worthwhile things that can be learned in one go like that (think driving a car). This experience won’t benefit the students much unless it inspires them to do the same again and again. And again. Not necessarily using those studies on Luke, of course (though that wouldn’t be bad), but applying those same six principles.

The problem, I find, is simply doing it. There are at least two reasons it is difficult to practice (in both senses) evangelism. One is that, particularly for those in busy local church ministry, those who are already Christians can suck up 100% (and more) of one’s time, so that none is left for the outsider.

The other is rather deeper: we instinctively avoid situations where we are vulnerable to hurt and rejection, where we are not in control, and where we don’t know the outcome. And all those things describe evangelism! This means it takes a deliberate, God-empowered choice to deny that instinct—“Lord, give me courage as I go to the coffee shop and see who’s there”; “Holy Spirit, go before me as I ask my friend if she would like to do that Bible study with me”; “God, give me the words to ask my neighbour to Back to Church Sunday.” Often we find ways to avoid that prayer and that choice—and “I’m too busy” is certainly one of my personal favourites.

Having said that, I am encouraged by Jesus’ words: “I will make you fish for people” (Mark 1:17). Jesus is willing to teach us to evangelize (as he will with everything we need for our discipleship). I know in my case it is taking a long time, but he is very patient—and I like to think that, little by little, I am learning. The question is not whether he is willing to teach us: it is only a question of how far we are willing to learn.

John Bowen was Director of the Wycliffe College Institute of Evangelism.