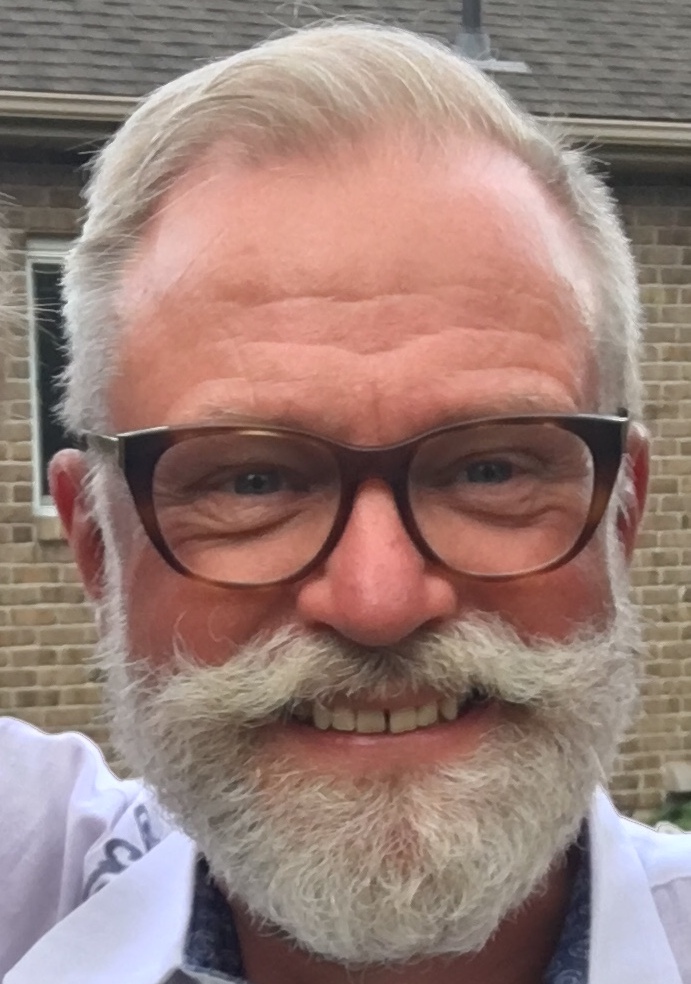 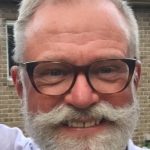 A graduate of Wycliffe, and ordained in 1990 Stephen served in St. George’s Oshawa, the Parish of Georgina, Trinity Streetsville, St. Matthew’s, Islington and now the Church of the Epiphany and St. Mark, Parkdale. In 2012 he completed his D. Min at Columbia Seminary, Decatur, GA on creation care, his thesis entitled 'World of Wonder: Contemporary Christian Discipleship in the Midst of Climate Crisis'. Stephen has two adult sons, a silly Boston Terrier and has happily shared his life with Jim for these past 18 years.

This is a good news story of a parish that turned around. But to begin, let’s travel back in time a few years.

The Church of the Epiphany and St. Mark, Parkdale is an historic church (1884) situated in one of the most intriguing and diverse neighbourhoods in the City of Toronto. From hipsters to psychiatric patients; from West Indians to Tibetans; from a sizeable LGBTQ demographic to a small intentional urban Christian community, from bug infested boarding houses to multi-million dollar dwellings for Bay Street lawyers; Parkdale has it all.

The parish as it exists today was the amalgamation of two churches, which came together in 1984 and undertook a massive renovation. A beautiful Victorian nave that seats 120 was restored, and there were now two parish halls, two industrial kitchens (as well as a galley kitchen and two kitchenettes), four huge classrooms and three offices. If we build it, they will come, right?

But 29 years later this church, located in the centre of a high-density urban neighbourhood, was on the brink of collapse. On my first Sunday in February of 2013, you could see your breath in the Nave and there were 38 people present. These were mostly devout faithful Caribbean members, a couple of stalwart Newfoundlanders, and a retired archbishop and his wife. The organist played quite well from the Victorian hymnal ‘Hymns, Ancient and Modern’ (1865) but this was thwarted by an organ on which only one of the two manuals worked, and the pedalboard didn’t function at all.

I spent my first week in the building pretty much alone – obviously there were no staff. There were, however, creatures great and small: roaches, rumours of bedbugs, mice (living and dead, the petrified dead one being under the ancient couch in my office,) rats, squirrels, pigeons and raccoons. And, as I started cleaning I discovered that all the priest’s robes were at the bottom of a closet underneath boxes of saved contribution envelopes (going back to 1975), and tire chains. Really? Tire chains? Yes, tire chains.

Are you getting the picture? Clearly this was a dispirited, discouraged, even depressed congregation. And now they were getting me, a 50-something ‘seasoned’ priest. I had put my hand up for this (then) half-time position, but coming from a multi-staffed bustling congregation did I have the chops? The building was moldy, susceptible to flooding, and the chancel ceiling constantly dropped plaster dust onto the altar as a result of a decade old unfinished ceiling repair. I had chosen a path of downward mobility but . . . in prayer I opted for the Franciscan model: When St. Francis heard the call to “build My Church!” Francis literally started building the walls of the ruined San Domino in the Assisi countryside. If I had to change lightbulbs, paint the ceiling and call the exterminators, so be it.

I bumped into my MPP, Cheri DiNovo, (an ordained United Church minister) in the spring of 2013. I introduced myself as the new priest-in-charge of that church over there, as I pointed at Epiphany and St. Mark. “That church?” said Cheri as we stood on her doorstep where she could clearly see the east wall of the church. “That church? I thought it was closed!”

Six years later, on any given day there are sixty or more people from Parkdale in the building: artists, environmentalists, students, community collectives, clergy (priest, a missioner-priest, a permanent deacon and a couple of honorary assistants), keen parishioners, theatre groups, women’s shelter residents, and musicians. The building is bright and clean, and very much open.

On Sundays there are two Anglican services (a 9:15 Contemplative Eucharist and a 10:30 Contemporary Eucharist). We’ll see a handful at the first, and on a good Sunday over sixty at the second. The organ has been retired in favour of a new baby grand (that frankly, God gave us) and the music director leads us in gospel hymns, spirituals, jazz and blues with an occasional historic hymn. I employ humour and live participation as I preach. We clap, we bless and we integrate, aiming to truly welcome everyone equally, from the schizophrenic, to the gay family, to the retired banker. We sing happy birthday and offer healing prayer. On Sunday afternoons a homeless ministry uses our space for further worship. On Sundays we have the church doors as wide open as long as we possibly can, depending on the weather and the season.

We now have (for the first time in living memory) a surplus budget. Our deacon Claudette has hit her stride in pastoral care, neighbourhood activities and intercession-writing. Our Sunday School teacher, Michael, is a community artist who has brought those talents into his ministry. There are always children present on Sundays. Our missioner-priest, Jason McKinney, is deeply imbedded in the community; serving on neighbourhood boards, think-tanks and steering committees. He marches in affordable housing demonstrations and hosts public lectures on issues such as food security and gentrification. He works outside the building, while I work inside. I am now three quarters time.

Most important of all, if the Church of the Epiphany and St. Mark closed tomorrow, Parkdale would really miss us.

Life, hope and a vision

First of all, the congregation wanted to live. Those who remained were deeply committed. I think too that they wanted clear leadership that, at least to begin with, made prayerful decisions on their behalf. But once we started moving forward my leadership transitioned to a collaborative style of decision-making, making use of the gifts of many.

We had hope and a vision. I came with hope and I had an inkling of a vision which was confirmed in my conversation with Cheri DiNovo: the church needed to get out on the street and see itself as the Kingdom in Parkdale.

We contextualized our music and liturgy. I remain convinced that music is the most important element of liturgy. By moving away from ancient hymns to sing-able and loved gospel songs and spirituals, as well as inviting guest musicians, the congregation began to sing lustily and with good cheer. By relaxing the Anglican formalism, getting creative, introducing a ‘meet and greet’ at the service beginning, giving direction through the service and being humorous, worship became friendly and accessible while remaining deeply spiritual. Sometimes worship just shimmers with the presence of Jesus Christ.

We prayed. By re-establishing Morning Prayer two or three times a week and the introduction of a contemplative prayer service by Jason McKinney, our prayers in the building changed both us and the place itself.

I kept regular office hours. I was the first priest in the last three that had my office in the building. Don’t underestimate the power of presence!

We focused on the development of lay leaders and church partnerships. We keenly observed who had gifts to be used in the recovery of Epiphany and St. Mark and we brought forth each other’s giftedness. But further we collaborated with the Scouts who happily cooked for our community meals while we met the neighbourhood and sat at the table with them.

Seventh, we discovered, and then unabashedly used, funding opportunities! We had little money, but what we had we used up in both ministry and building improvements. We used up all our reserve which gave us some tense moments! Also, within a year or so when things started to turn around, the Diocese was keen to support us. It helped immensely that we were then designated a strategic parish. We further found significant city funding to restore windows, and provincial funding to radically improve the lighting, which improved people’s mood and pride in the building and church as a whole.

Working with, and in, the local community

We contributed to the vitality of the neighbourhood through our community partnerships. Our tenants are partners and we work collaboratively with all of them to extend the reach of the church’s ministry. For example, we’re too small to run a women’s shelter, but we work with the city to make that happen and then welcome these residents into our community. So our partners help us meet our strategic and ministry goals.

Finally, what shifted us from a revitalizing to a sustainable church was the work of our missioner-priest. After Jason finished his curacy with us in 2016 he had the vision to be in the community as priest. The Bishop, wardens and I supported the extension of the original vision. But particularly in the last couple of years we have reaped the benefits of that ministry. There are now upwards of sixty people in the building on any given weekday and we have a healthy budget, primarily because of Jason’s missional work.

This is a good story of a parish that actually turned around. Now, what might God be calling you to do in your context?