Videos presented by speakers affiliated with the Institute of Evangelism.

The Diocese of Edmonton’s Thomas Brauer shot this video of his interview with Bishop Steven Croft,

This introduction to a new monastic, missional community in Toronto’s west end was posted at the Anglican Church of Canada’s Ministry Matters web site.


Meet the Jeremiah Community from Anglican Church of Canada on Vimeo.

In May of this year, Canadian filmakers Bill Kinnon & Imbi Medri shot an interview between Bishop Graham Cray and the Revd Annette Brownlee, discussing the Fresh Expressions Initiative. In a wide ranging conversation filmed at Wycliffe College, Toronto,, Bishop Cray gives an overview of the initiative, as well as describing Anglo Catholic and Evangelical examples in England.

Sue and Andy Kalbleisch created this new video about Church on Tap, a Pub Church in Southern Ontario: The Bishop of Niagara’s video endorsement of Fresh Expressions is no longer available from the Niagara web site. Howver, Bishop Bird said, “Iwant to invite you to particpate with me in the Fresh Expressions Vision Day…I look forward to seeing you then”

This video is available for a donation.
Purchase a copy for any donation, plus $1 Shipping: [quickshop:Virginia Planting Video:price:0:shipping:1:end] After adding to your cart, please use the “How to Support” link on the left to make a donation to the Institute.

This 30-minute video tells the story of a diocese that has taken great strides in church planting in recent years. Includes interviews with Bishops, church planters, and parishioners in new churches. 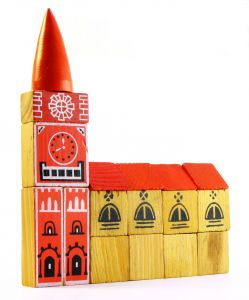